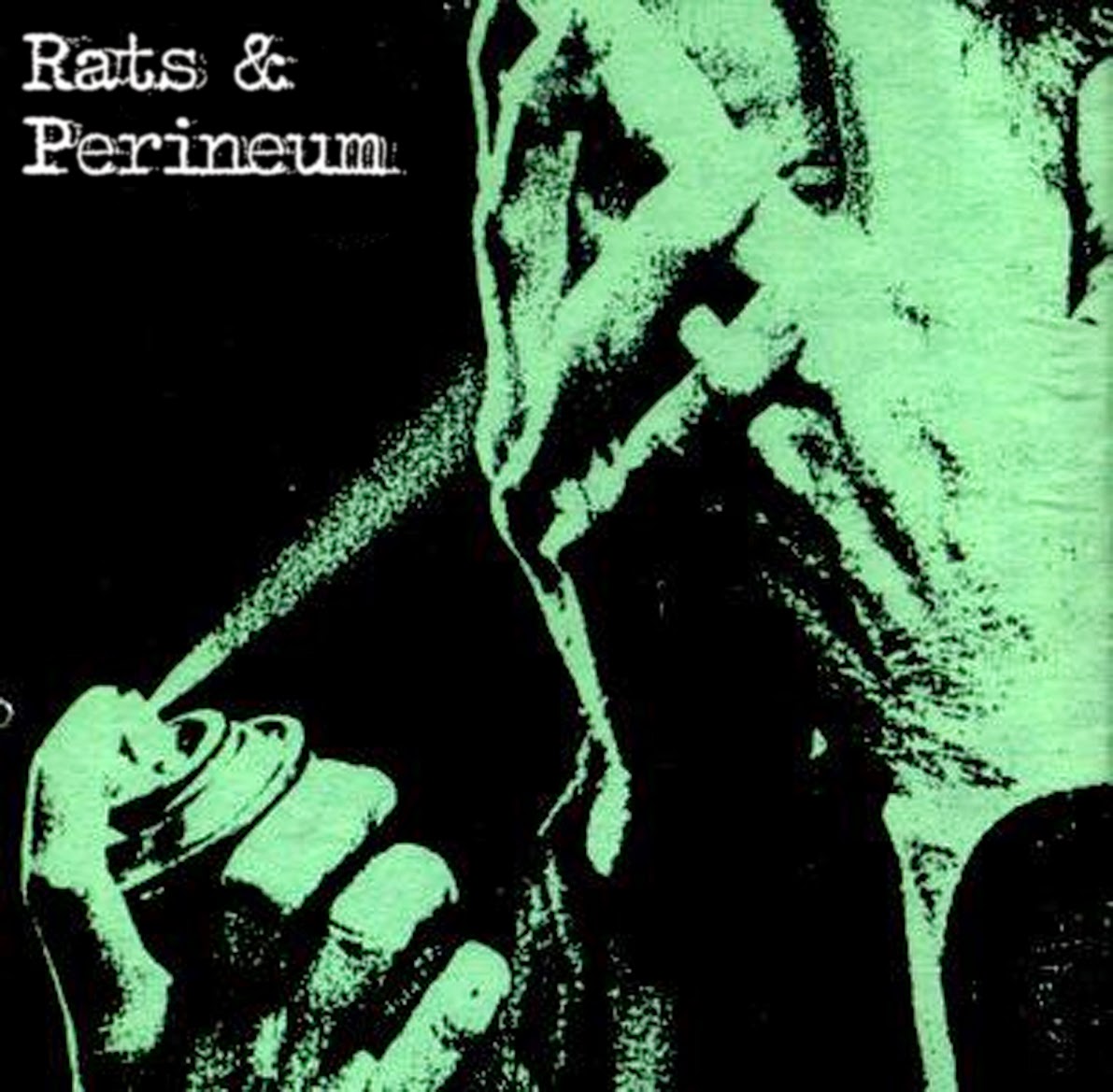 
This was the first fukachuk egg machine record.. it was recorded at a time when things were going off.. huge explosions.. giant leaps.. lots of coffee, and a very important underground room where a lot of things began.. and a lot of things ended. Some of the songs were recorded the previous summer, and the first fukachuk song "The Tree of No Reason" was first put on to the SC 15th Anniversary compilation cassette. But this was it.. this record.. this is what got things started.

Ever get the feeling that nobody really cares around you
Ever get the feeling that nobody really cares around you
Plastacine children in a Styrofoam world surround you
Nothing like a nice cold bath to bring you around downtown
Doesn’t really matter what you think I won’t listen anyway
Everybody’s jumping up and down thinking that you’re the shit every night
You and your friends go chug down ale and you are so tight
Doesn’t really matter cuz I don’t wanna listen to you, I don’t
Doesn’t really matter cuz I think you’re nothing but a fool, a joke
Don’t you know what it’s like to pull out your hair, well I do
Sort of like walking straight into a swimming pool with no shoes
I don’t really know what your gonna do with me tonight, that’s alright
As long as it ends in fun I think we’ll be alright we won’t fight
World is a bowl full of honey nut jelly, that’s okay
Cuz everybody sitting round thinks my deity’s gay, well he ain’t
You don’t really care what I’m saying anyway, your straight
Walking down the city blocks thinking that you’re the one who is okay, we’ll you ain’t
Everybody gathered in a forum asking what to do about everything that I thought was good, well they should.
Came to the conclusion that it’s gonna burn in hell, I could tell.
Cuz everybody knows what I do when I am alone, and at home
Sitting downtown like I am a radio star, well it’s okay, cuz you aren’t that far.
Sitting downtown like I am a radio star, well so far.
I think you’re the one who went to the stars and brought me back all that I could see.
Don’t know why I’m here don’t care don’t drink beer don’t have a queer sort of fear about going to mars well that’s it
Gonna go there, gonna set up my lair, gonna know who’s there and that person gonna be me and not you
One person said they’re gonna come with me and they’re gonna have fun too, well that ain’t you.

So helplessly you suck
You suck off all of it
You suck so hard you bleed
I can't understand, so quit

You suck with your mouth
You lick with your tongue
"The baby worm loves me"
so your mother sung.

The fun has all stopped,
you are the taste I need
Licking, sucking, you know me
I taste your flesh, its time to feed.

Drive me into hills
Drive me give me thrills
Suck it out of my head
Suck it 'till your dead.

You look like a tramp,
So I smash your life. 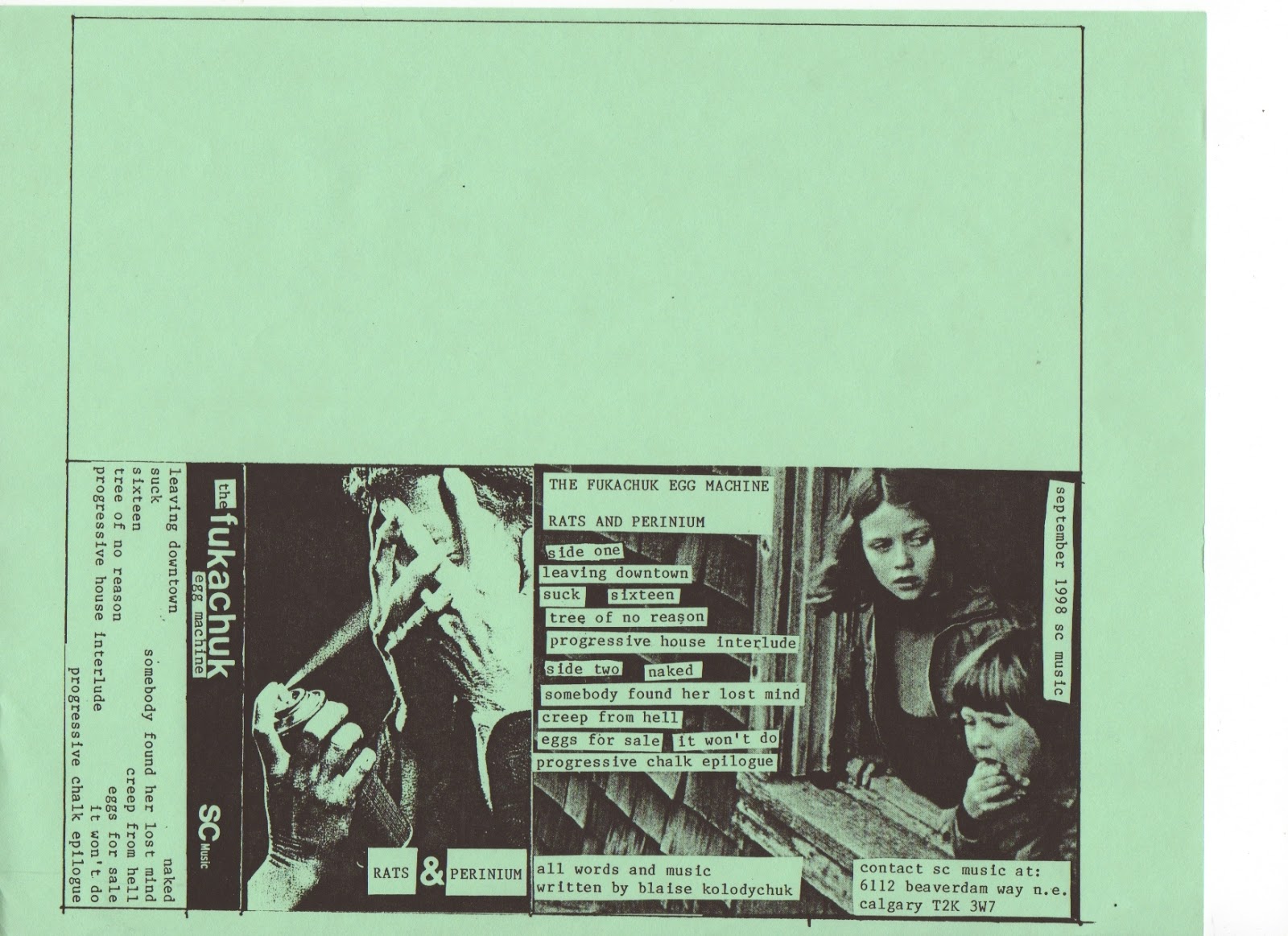 Leave this fucking town
you don't know where I've been
End this screwed up life
in my mind I am sixteen.

The tree of no reason

I force my self To believe

The only way to the tree

Stares me in the face again

No one can help me find the tree.
The whole damn quest is up to me
And every body thinks I'm out of my mind
and I will not get there with my made up time

You’re swimming through a gelatin sun
You’re always naked you always fun
The people you hate, they always die
And everyone you look at you make them cry 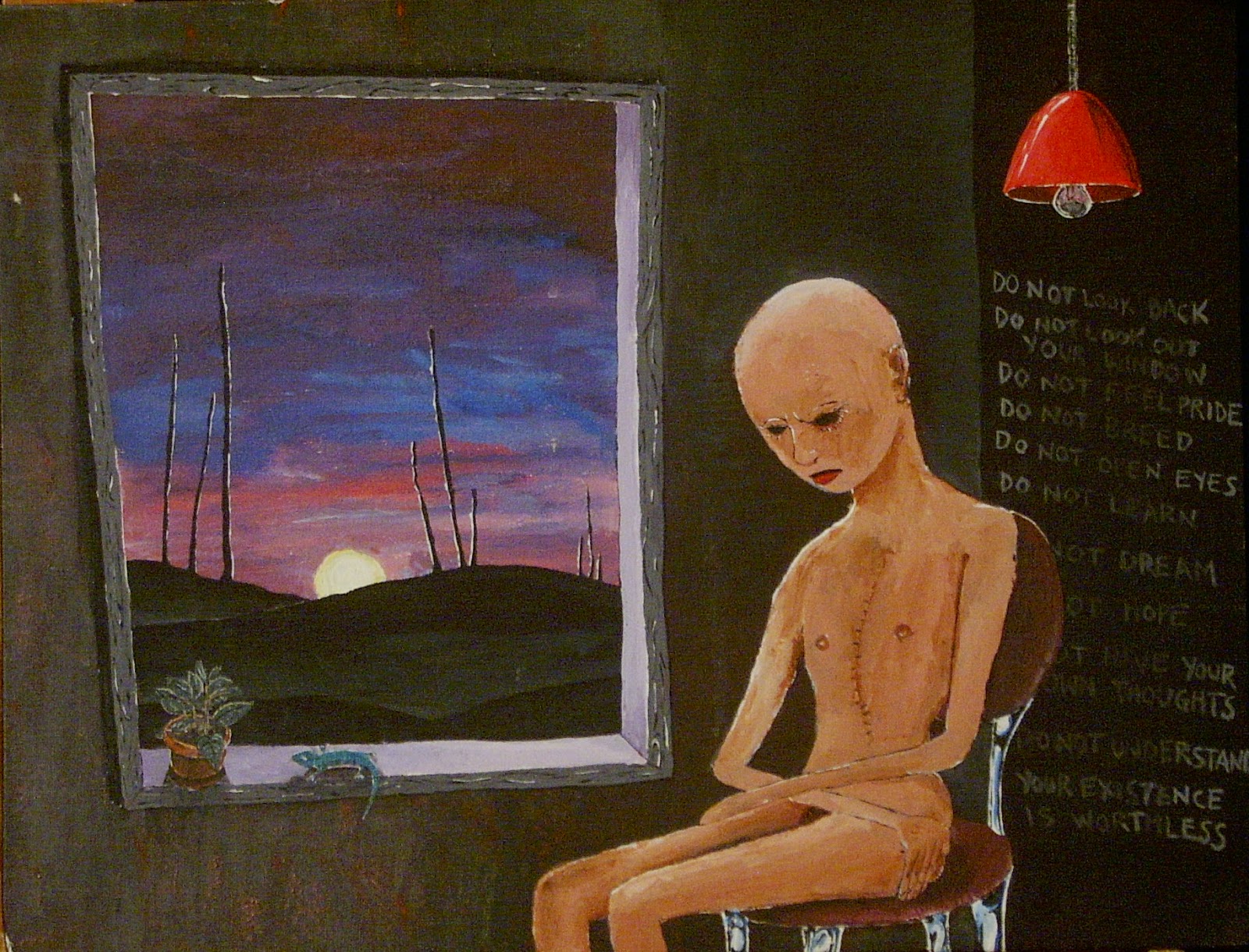 Somebody found her lost mind

Nobody likes a liar
and nobody likes me
I'm about to kill the world
your blind, and I can't see

All I can say
is you've gone away
And up in the ceiling,
my ghost starts to play

Somebody cried last night
Somebody found her lost mind.

I've got a sunflower seed
in your flaming ass hole
Everybody thinks,
But I know I haven't been told
About the furry creature
Living in your pants,
And all across your body
you are covered in ants

you got the cutest ass I ever saw

You'll have to lick my tongue,
it's my brand new law

And every body thinks I'm a creep from Hell

Eggs, eggs, eggs for sale
I’m gonna molest your snail
I eat no fruit, I am so pale
Set up a stand, I got eggs for sale.

Please relish me, fantastic chest
Please favor me, you pathetic mess
You know you dig me, pony tail pest
You know you’ll lick me, you’re the best

Psyched out nympho see you fall
Messed up bimbo won’t you call
I’ll dress you up like a baby doll
Suck my eggs in a grassy null.

I want some answers
I want the truth
My mind is cancer
but you don't care
It won't do.